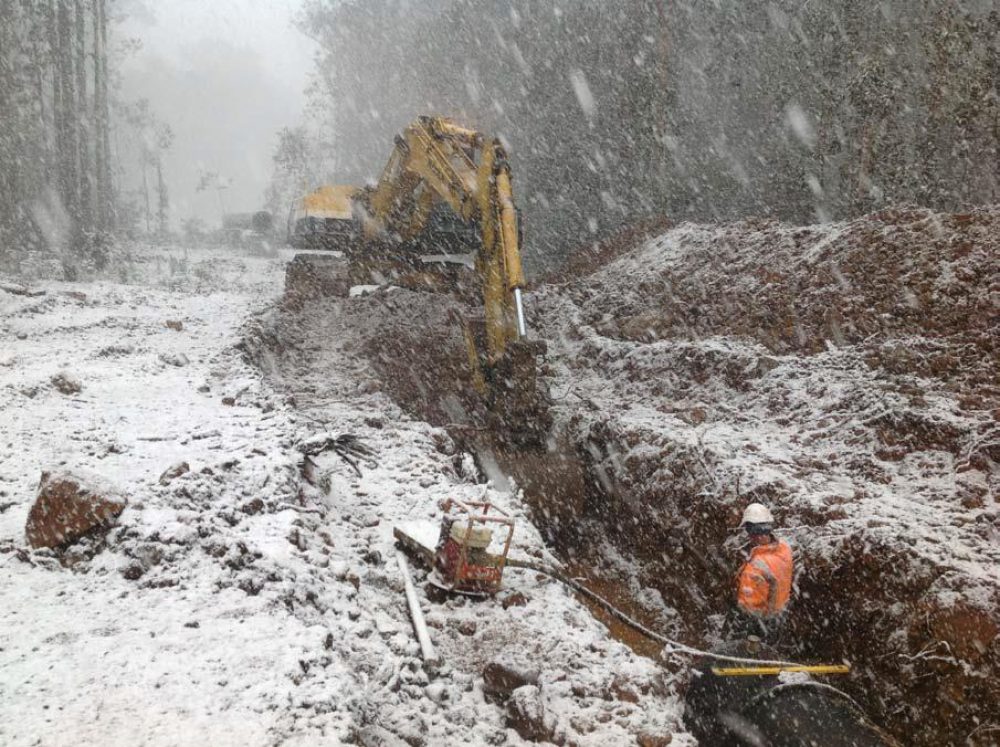 The national spotlight shone on Tasmanian Irrigation last night when its flagship project the Midlands Water Scheme was named as a finalist in two categories at the National Infrastructure Awards in Sydney.

The $104 million scheme is the largest irrigation development undertaken in Tasmania’s history and was selected by a panel of experts as a finalist for the Smart Infrastructure Project of the Year and Government Partnership Excellence awards.

Out of seven submissions for the Smart Infrastructure award only two finalists were selected; Tasmanian Irrigation's MWS and Opal Card, a $1.2 billion smart ticketing system, which was named the winner.

The National Infrastructure Awards are strongly contested with most of the infrastructure industry’s corporate heavyweights entering their largest multi-billion projects.

Tasmanian Irrigation Chief Executive Chris Oldfield said to be recognised as a finalist amongst such an elite group was testament to the outstanding efforts of all involved and to engineering excellence.

“The TI team was focused from the beginning on delivering results and building a scheme that would last 100 years,” he said.

“This scheme is also the largest infrastructure project undertaken in Tasmania in 10 years with its pipeline stretching 137 km from Arthurs Lake to Jericho,” Mr Meyer said

“It will deliver up to 38,500 ML of water a year to 55,484 ha of irrigable land and it’s a project that literally changes the face of Tasmanian farming.

“The Midlands Water Scheme completes a vision that spans more than 170 years when Captain Arthur Cotton first set down the prospects for irrigation in this part of the colony.”

Mr Meyer said that the complex scheme runs through remote, challenging terrain and had a peak workforce of more than 220.

“The scheme will be operational in a couple of months and will not only supply water for irrigation, it will supply its own hydroelectricity to drive the scheme and provide surplus into the State grid,” he said.

TI engineer Nik Byrne said it was an honour to be a finalist and recognised for the engineering innovation required to see the project come to fruition.

“For this project to become a reality a number of extremely difficult engineering challenges had to be overcome through design and construction,” he said.

“Feeding a remote hydro power station, which was connected to the end of a long electrical distribution line from an exceptionally long high-head penstock was just one challenge Tasmanian Irrigation conquered.”

The Midlands Water Scheme will be officially opened later this year.