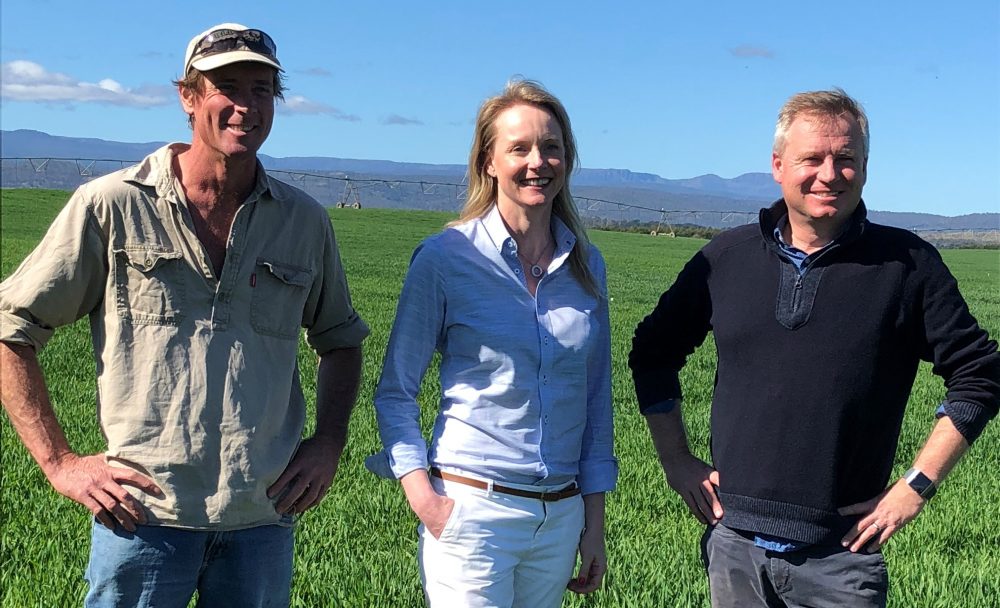 The Hodgman Liberal Government is committed to providing the infrastructure our growing state needs for the future, and the continued development of our water resources is central to our plan to grow the value of agriculture 10-fold to $10 billion per year by 2050.

Pipeline to Prosperity will be the third tranche of irrigation schemes developed in Tasmania in partnership with farmers, which is creating jobs and driving the sustainable growth of our key export and domestic agricultural produce sectors.

Following the completion of comprehensive pre-feasibility studies Tasmanian Irrigation is progressing ten potential projects state-wide which combined have an estimated capital cost of up to $496 million.

Pipeline to Prosperity would return an estimated $114 million each year to the agriculture sector, and our economy more broadly, and an ongoing employment stimulus of over 3900 direct and indirect full-time equivalents, in addition to construction jobs.

The Tasmanian Government has already committed $70 million towards Pipeline to Prosperity which has the potential to deliver an additional 78,000 megalitres of water.

We look forward to Pipeline to Prosperity being added to IA’s updated National Infrastructure Priority List, expected to be released in early 2019.

Further due diligence will be undertaken before approval of each respective project, including the need to demonstrate a sound business case.

For more information and the latest Tasmanian Government Submission to Infrastructure Australia go to www.stategrowth.tas.gov.au