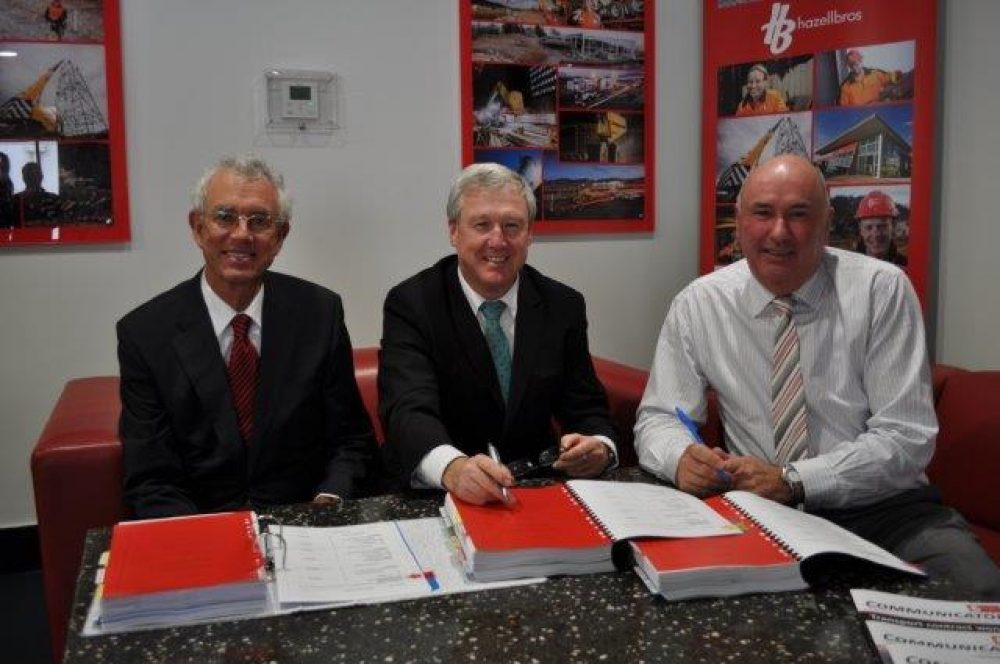 Design work for the 6,000 mega litre scheme will start immediately.

This scheme will create 330 on-farm and indirect enduring jobs in the South East region, with a further 60 created during an 18 month construction period.

This employment growth will add significant economic value to this region and to state and national agricultural production.

Construction will involve the development of three pump stations, a 200 mega litre dam and 84km of HDPE distribution pipeline.

Hazell Bros has previously worked for TI on construction of the $104 million Midlands Water Scheme, which is the biggest water development in Tasmania's history.

Water supplied in the district will be sourced from the River Derwent at TasWater’s water treatment plant at Bryn Estyn near New Norfolk and transported by TasWater via the Box Hill head tanks and West Derwent main to an off-take on the western side of the river near Granton.

This scheme will service agricultural, horticultural and viticulture enterprises around the townships of Tea Tree, Campania, Orielton, Pawleena, Penna, Sorell and Forcett.

Local contractor Zezt Pty Ltd is the preferred contractor to manufacture the 84km of HPDE pipe.